Thank you Beckie for hosting another week of Working On Us. The topic this week is PTSD and C-PTSD. If you’d like to participate, head over to Beckie’s Mental Mess for all the particulars.

Although I was never formally diagnosed with PTSD, I have it. What is PTSD? 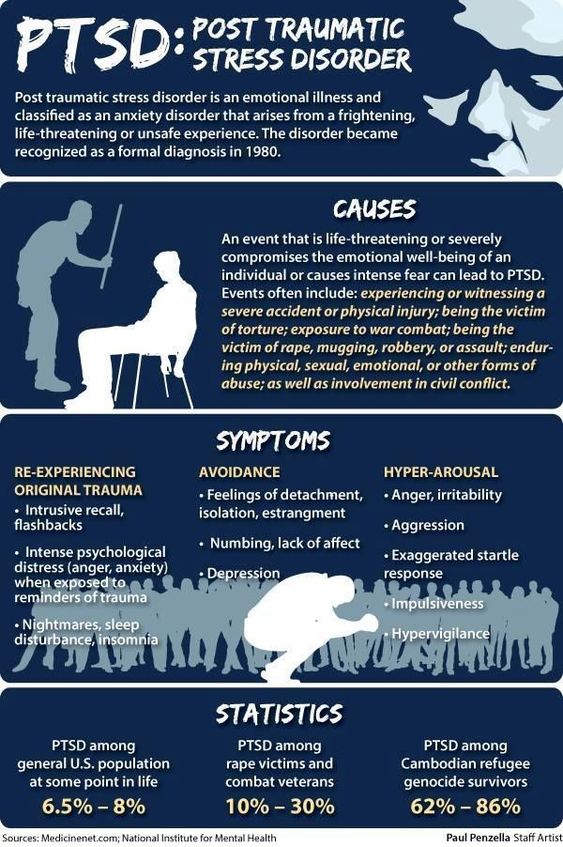 My ex was/is an alcoholic. He also had/has (I’m just gonna go past tense since he’s no longer in my life) had many narcissistic characteristics. Whenever he was drinking, he became a nightmare. He would rage, throw things, name calling, gaslighting, in my face screaming with a finger two inches from my face or chest. Occasionally he would push, shove, smack or throw objects at me. This would go on for hours and hours. He would follow me room to room, he would supply my “side” of the argument and then argue against it… it was torture. Not ‘like’ torture, it was torture.

In a recent post Ursula of An Upturned Soul wrote about feeling like her narcissistic parents were going to explode like a bomb and the tik tok tik tok that leads up to the BOOM! (She wrote a lot more cool stuff too. Go check it out) I understand that feeling. I never knew what kind of mood my ex was going to be in when he came home from work. I never knew what words or actions of mine would set him off.

Beckie recently shared a post from another blogger, Cynthia Bailey-Rug, that describes Coercive Control  very well. Living under those conditions for years left me traumatized. When he finally left the state, I was free from him but not the damage he had caused.

I’ve written other posts about him, the abuse and my eventual freedom. There are five or six. If you’re interested in digging into the back files, they can be found under  Domestic Abuse in my Catagories. I think this post describes my escaspe best.

PTSD doesn’t ever go away. That’s my non-medical, no degree opinion. I think we find a way to make the trauma part of our life story. I didn’t have therapy after he left, but I had had years of therapy over a decade earlier and still remembered a lot of what I learned. I had previous trauma from being sexually abused when I was a child.

I don’t get triggered anymore, but I do get twinges or nudges every once in a while. Little things will remind me of that time; reading a fictional story of a man confronting a woman in an angry way, wondering what kind of mood Ben will be in when he gets off the bus, or reading about the feeling of walking on eggshells.

PTSD isn’t a punchline for a joke. It isn’t something only war veterans get. PTSD, like the event(s) that caused it, is life altering. It doesn’t have to control your life though. There are ways to reduce or mostly eliminate the flashbacks and other symptoms. I survived the abuse, I can definitely survive the aftermath.